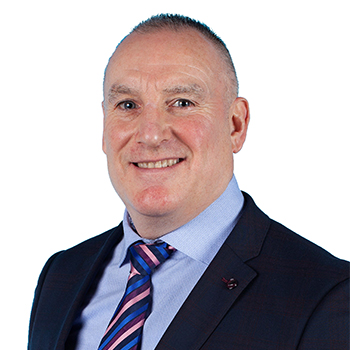 Dermot Healy was appointed to the Bus Éireann Board in December 2021. He is employed as a bus driver with Bus Éireann based at Roxboro Depot in Limerick.

He joined CIÉ in 1983 as a junior dining car attendant before moving to the Road Passenger Section the following year taking up such roles as Office Assistant and Bus Conductor prior to his current position as a driver since 1991.

He has been active in his union, the NBRU, since 1997 when he was first elected to his local branch committee. He served as both Vice-chairman and Chairman of the Limerick Branch prior to being elected to the National Executive Council in 1999.

As a member of the NBRU National Negotiating Team. He has extensive experience in Industrial Relations issues including several WRC negotiations and Labour Court hearings.