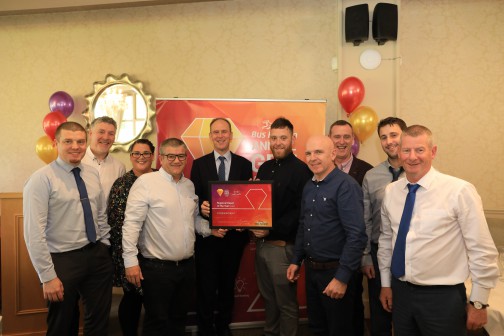 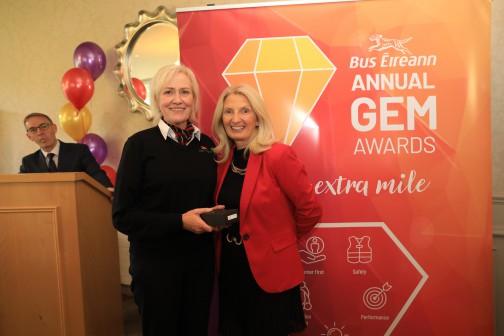 Bus Éireann’s Drogheda team was celebrated and named as Depot of the Year for their exceptional service delivery. Praised for consistently going the extra mile attending to customers, ensuring their needs are met at all times. The teams’ forward-thinking and collaboration was especially commended, recognising their respect for fellow employees and customers alike.

Geraldine Lenaghan, based in Ardee was recognised as School Bus Driver of the Year and was praised for her meticulous work ethic, always professional and setting the highest standards for others to follow

‘’I am incredibly proud of our team of committed and dedicated employees in the Eastern Region who ‘go the extra mile’ for our customers every day,” said Adrian O’Loughlin, Bus Éireann Senior Operations Manager, East. “I would especially like to recognise the Drogheda Depot team who exemplify Bus Éireann’s core values. Their professionalism and collaboration make them worthy winners of the GEM Eastern Region Depot of the Year.”

“The GEM Awards celebrate the exceptional contributions of Bus Éireann employees for our passengers, our services and for their colleagues. I want to congratulate all of those who have won and who have been nominated for GEM Awards in 2022.’’

The Bus Éireann regional awards will take place across the country in October and the winners of each region will go forward to the National GEM awards on the 8 December in Dublin.

According to a recent KPMG report, Bus Éireann employs 132 people who live in County Louth, and transports 4,111 primary and post primary students on school transport in Louth each school day.