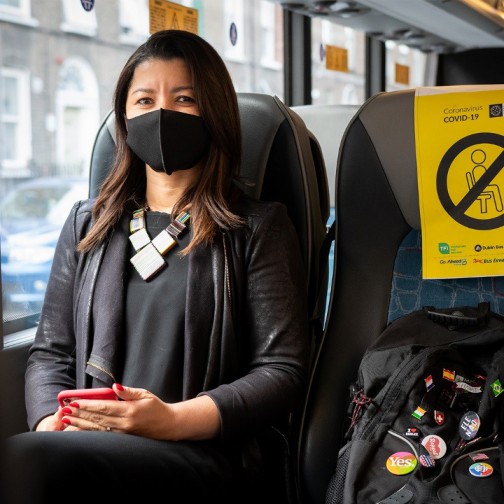 Bus Éireann, Ireland’s national bus company, is proud to support a new anti-racism campaign by Transport for Ireland (TFI) and the Immigrant Council of Ireland (ICI) which launched this week.

This is the eighth anti-racism campaign run by the National Transport Authority and the creative used in the campaign features a face created by combining a diverse range of ethnicities.  The campaign will appear on social media as well as on board Bus Éireann vehicles, stops and stations over the next two weeks. Given the public transport capacity restrictions currently in force, online support is an essential this year.

“Public transport has an important role to play in supporting social cohesion, integration and diversity.  Bus Éireann celebrates its multicultural workforce and we are proud to support this anti-racism campaign by the NTA,” said Bus Éireann Chief People Officer Sinéad Kilkelly. “We have more than 40 different nationalities represented within our diverse 2,700 employees in Bus Éireann and we ask our passengers to join us in uniting against racism, everyone is welcome at Bus Éireann.” 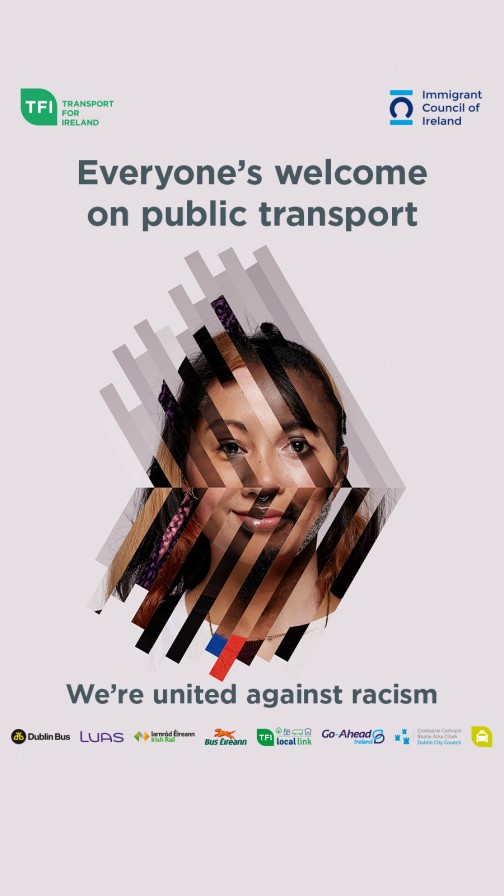 “Transport for Ireland is proud to be working with the Immigrant Council of Ireland in rolling out this important campaign. The key message is that everyone is welcome on public transport and that we are united against racism. I would encourage everyone to show their support by sharing this message and artwork on social.”

The campaign has partnered with ‘Humans of Dublin’ to spotlight people of diverse backgrounds who are active in promoting inclusivity and tolerance within Ireland.  Valéria Aquino is featured traveling on board Bus Éireann services and each day this week they will feature a different portrait and story on the Instagram account @humansofdub